Sally came along to school to pick up the kids. We traveled well prepared…plastic sheet draped on the car floor, her favorite chew toy and snacks all packed, a whole lot of old newspapers, tissues, wipes.

Discovered she has car sickness and it got worse on the way back…and the car sickness I had personally conquered several years ago threatened to return every time Sally retched and brought out more. She refused to get up or lift up her head in the car, except when she was throwing up and I felt too dizzy to get a grip on her to lift her up. Kids were super excited to see Sally though and are confident she will get over the car sickness if we travel more often with her. But giving the car travel a break for now. Later, after a few months will begin with much shorter trips and ease her into longer trips slowly.

Sally retreated to her favorite spot in the house the moment we returned home and fell asleep. Poor thing woke up from her sleep after almost half an hour. And it took another  30 mins for her have some food, water and regain her usual bouncy self. 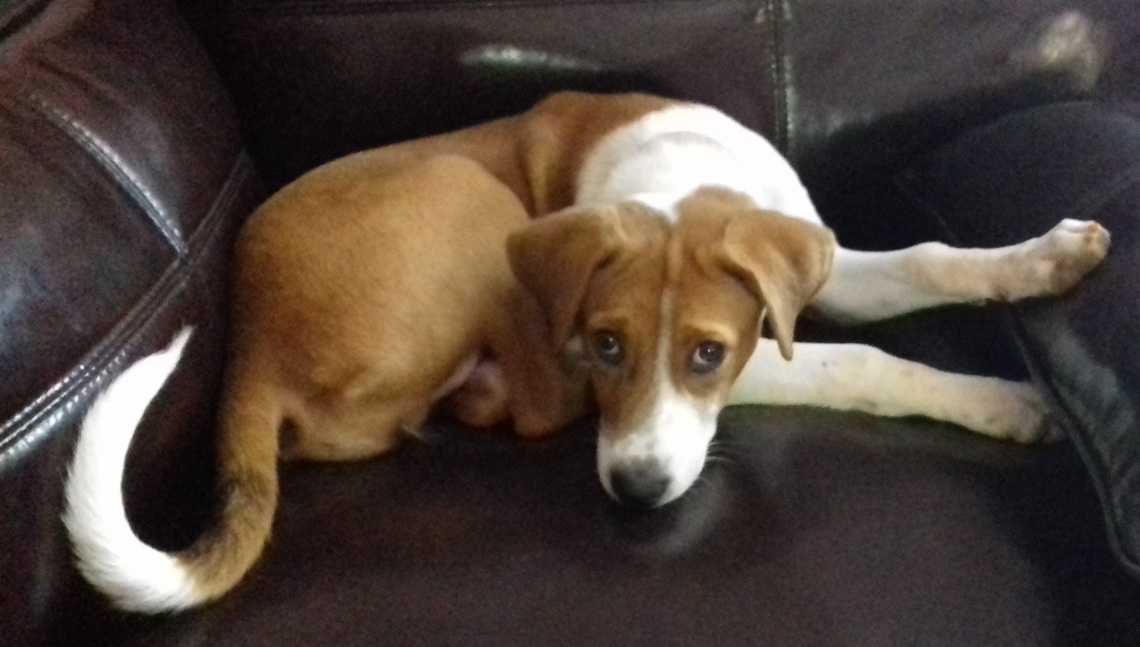 All rights reserved © Since 2012 RajaRajeshwari Nagasigamani aka: A.R. Sara.
Unless otherwise mentioned all text, write-ups, photography are my own. Any photography incorrectly labeled will be correctly credited if notified.